Ulysses for iPhone right around the corner 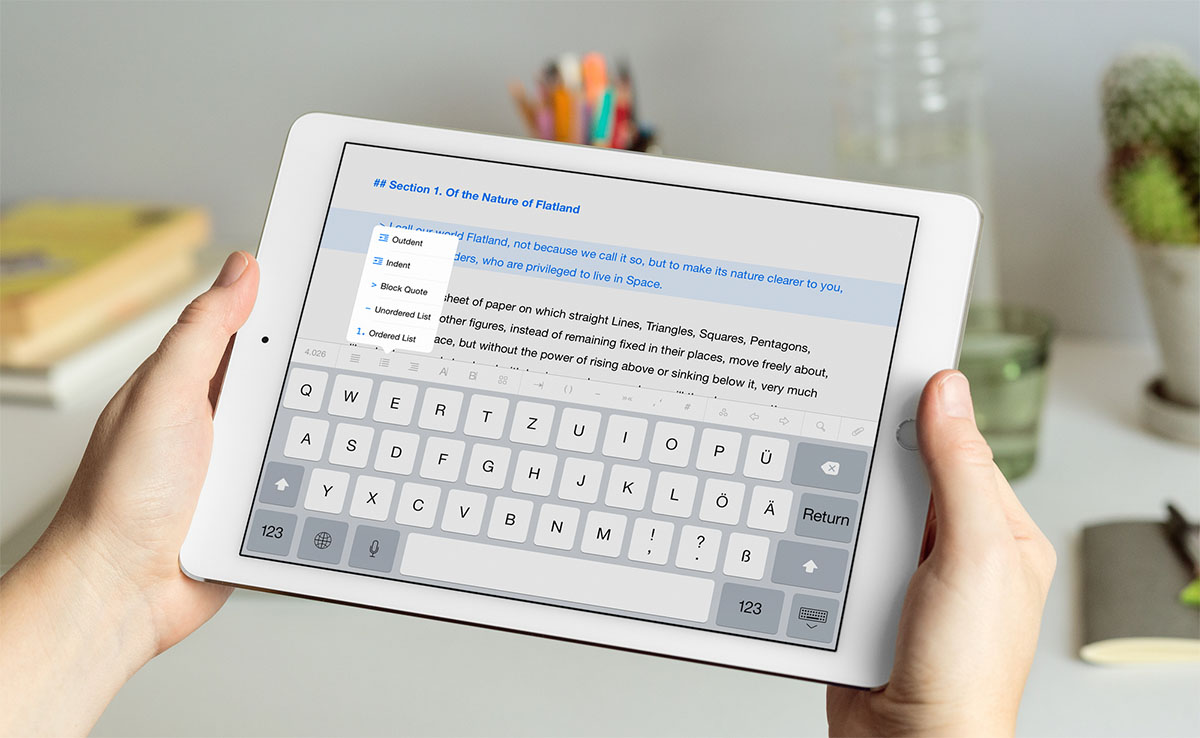 The Markdown-based writing tool preferred by a decent amount of authors, bloggers and writers, Ulysses*, is currently available for Mac and iPad only. The iOS version will soon become universal for Ipad (Pro) and iPhone. In addition there will be support for all the new and shiny features iOS9 arrived with, such as Split-View or Slide-over. Writers eager to give the app an in-depth beta test drive can as of now apply to participate in the beta program. Read more… 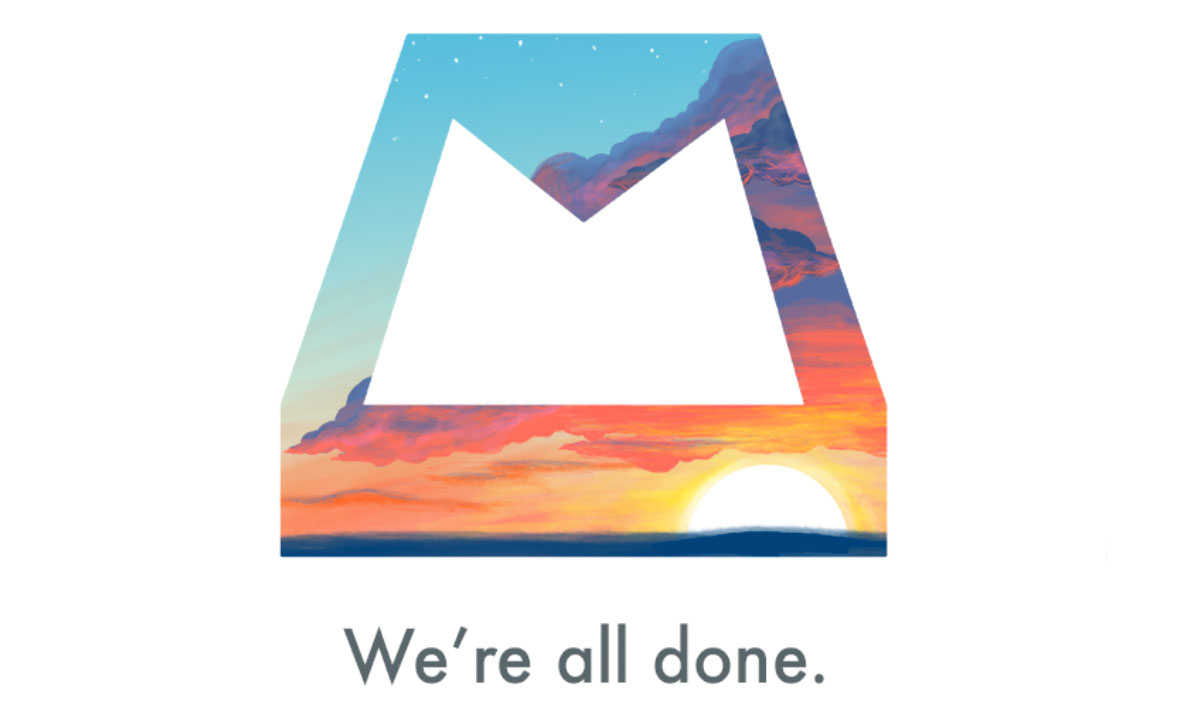 By the end of February 2016 Dropbox will close the lid on Mailbox – one of the most popular email clients in the Apple hemisphere. Should you be on the search for an alternative while not being inclined to choose one of the big players - Apple Mail or Microsoft Outlook - don't worry! We collected a quick list of recommendable apps that could possibly bridge the gap:

We'd like to know what you guys think: What is your email client of choice and why? Please comment below.

App of the Week: Day One 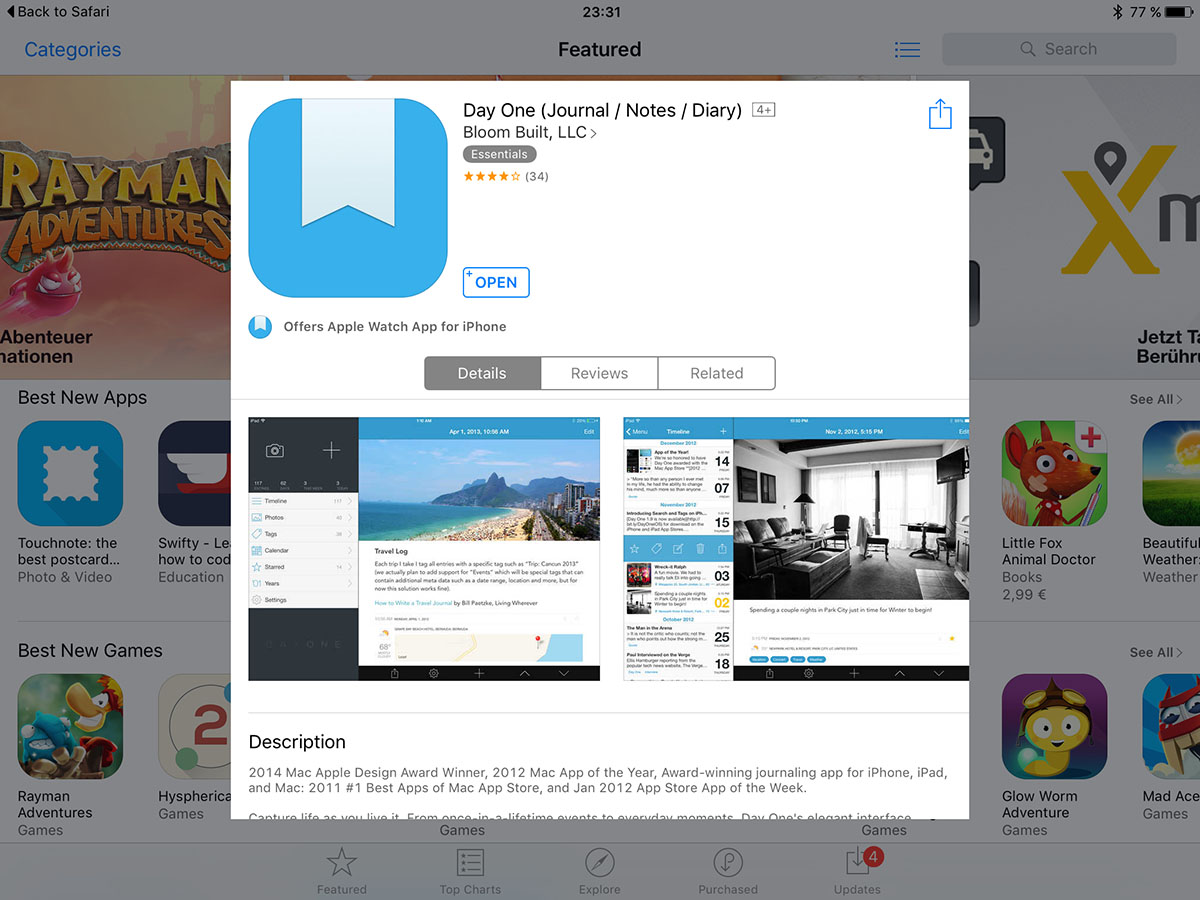 The best journaling app for Mac, iPad and iPhone

For some things in life there's just no middle ground - journaling seems to be one of those. From "why give a heck anyway" to "analogue or digital" and to the question, what exactly should be documented for the future self, there is a broad variety of opinions available. Read more…

App of the Week: iMachine 2 for iOS 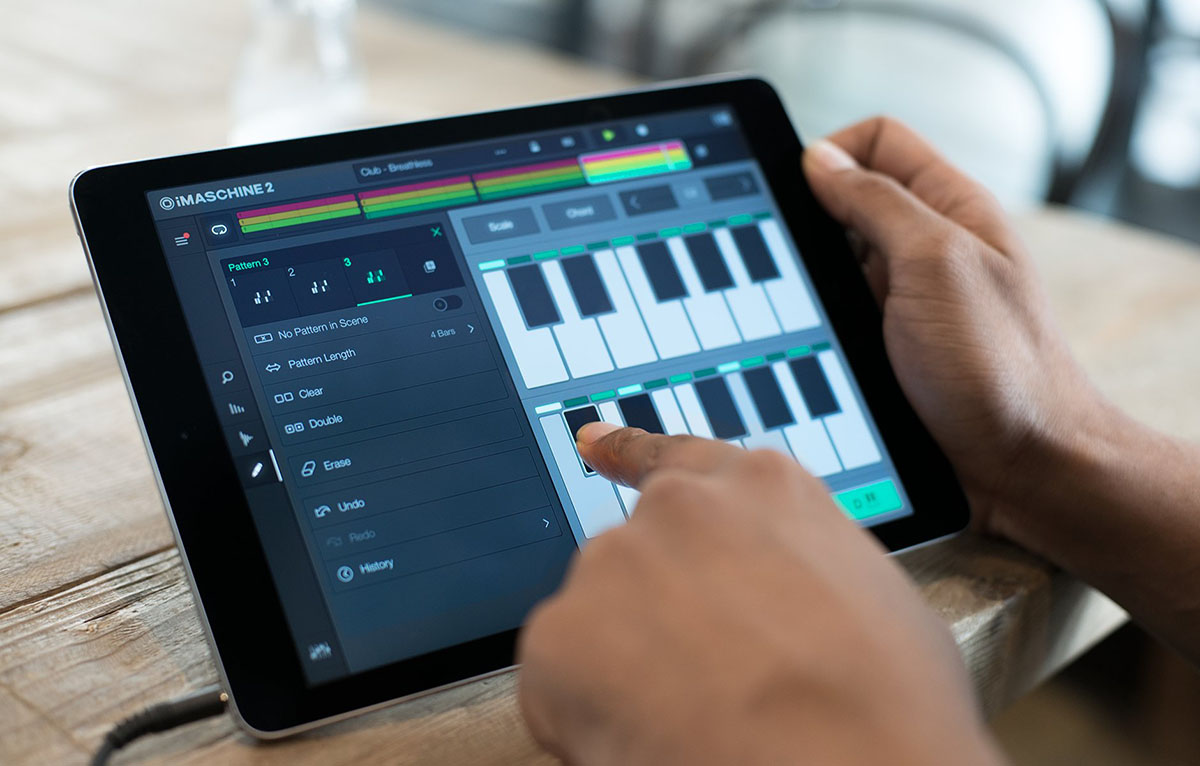 Complete sound studio in your pocket

Every Friday the App of the Week - our new GeekOut series - introduces a recommendable App for iOS or OSX. iMaschine 2* by Native Instruments is first in line. This nifty tool makes recording, sampling, mixing and sharing of whole songs a breeze. Read more…

Geek Out is going to focus on Productivity 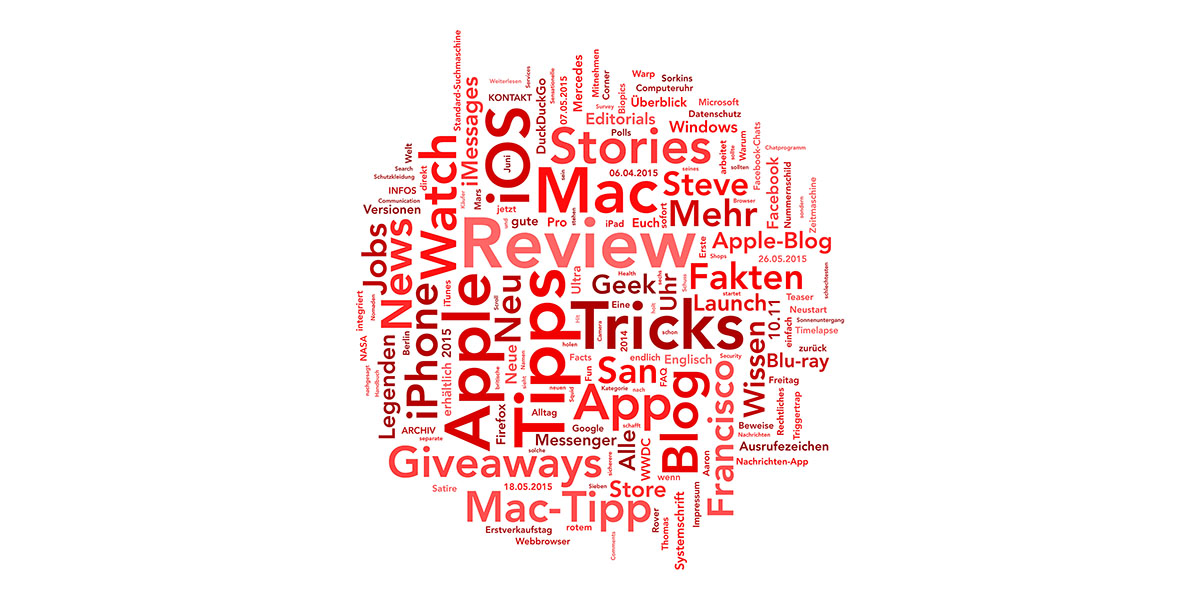 After some conceptual reorientation here at Geek Out we are going to narrow it all down to the most prominent topic almost all of you are caring about a lot: Productivity. Read more…

How to speed up OmniFocus Sync

OmniFocus is a task manager with David Allens "Getting-Things-Done" methodology written allover its DNA (GTD). While most task juggler dreams come true using the app, one of the biggest drawbacks has been slow synchronization speed between connected devices. This blemish is about to be reduced significantly by the Omni Group through introducing Push Sync, a function that is currently in beta. We show you how to further enhance your sync experience. Read more…

In contrast to previous models, the fourth iteration of Apple TV 4 will not provide an optical digital output anymore. This unexpected change might potentially irritate quite a few customers. Also, as of now only a slow ethernet connection is provided. We show you some workaround strategies. Read more…

Soon on your Apple device

Rumors became reality: The typeface introduced as standard font on the Apple Watch, San Francisco, will soon become the new system font for iOS 9 and OSX El Capitan, thereby being delivered to all upgrade-eligible Apple devices. Registered Developers are already able to download the font family since Apple presented it to the community earlier this month. The WWDC keynote also unveiled a whole lot of interesting details about this new and functional typeface. Read more… 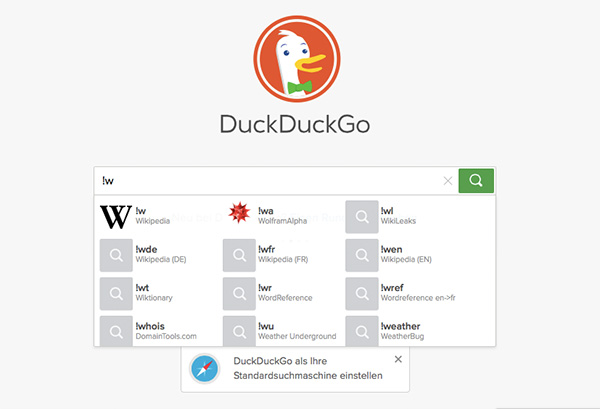 The real altenative to Google Search?

Google is the world's most famous internet search engine. However, meanwhile some viable alternatives appeared on the market. DuckDuckGo is advertizing that by using their service, customers will not be tracked or followed. This feature alone might be a convincing argument for changing already, but the company is packing some additional goodies on top. Read more… 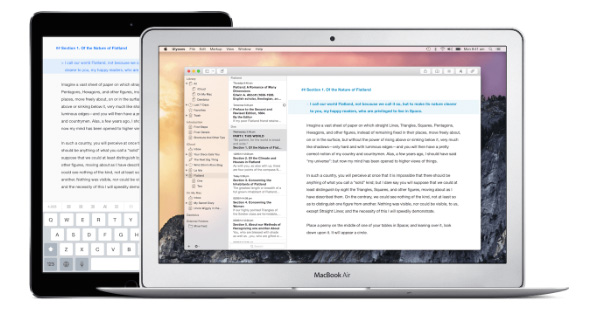 The Soulmen GbR from Leipzig, Germany recently overhauled their Markdown word processor app Ulysses* for big boys with a free update to 2.0. The new version blends in beautifully with Yosemite and has been carefully enhanced through many improvements. In addition there is now a full-featured and highly anticipated iPad app* to complement the road warrior setup perfectly. Read more…

Protection for stars: The "Flashback" Anti-Paparazzi Collection of clothes 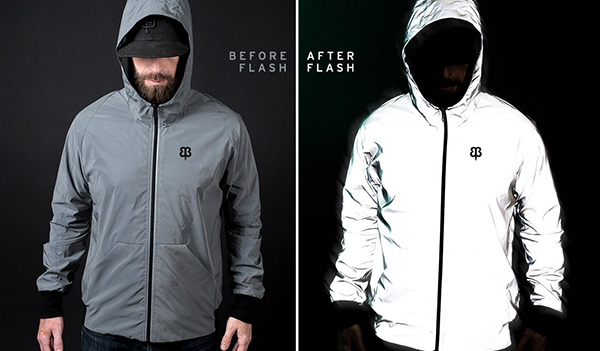 Who doesn't know the story: once famous there's the press hounds everywhere! No matter whether you're picking up your ex-kid from school or getting rid of that old TV in the nearby woods - as soon as the pest recognized you as who you are you are standing in a flashlight thunderstorm. Luckily, there is effective protection for moments like these. Read more…

Popular browser will finally be released for iPhone & Co.

Seven years after the first iteration of iOS, one of the most popular web browsers of all time seems to finally make it to the iPhone and iPad: Firefox. At least Mozilla currently is searching for Beta testers willing to put Firefox for iOS through its paces. Read more…

Apple Watch: How to deal with the red exclamation mark 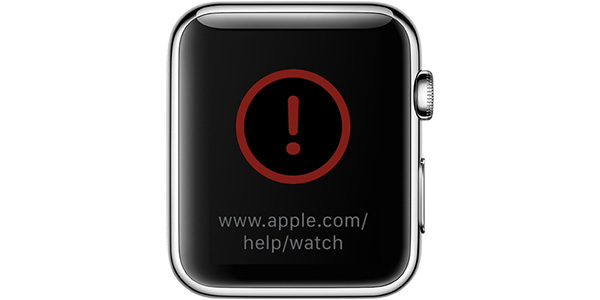 What do you have to do if your Apple computer watch is showing a red exclamation mark instead of the beautiful interface? According to Apple a serious error occurred which might not be simply solved by restarting the device. Read more…

Aaron Sorkins biopic will be released on October 9th

Universal launched a new teaser for "Steve Jobs". The movie is based on the official biography* by Walter Isaacson and was produced by Aaron Sorkin ("The Social Network"). Director is Danny Boyle ("Slumdog Millionaire"), the main cast is: Michael Fassbender (Steve Jobs), Seth Rogen (Steve Wozniak), Jeff Daniels (John Sculley) and Kate Winslet (Joanna Hoffman). The teaser kindles hope that the movie will be a better and more intense interpretation compared to former iterations of the Steve-Jobs-biopic genre.

Microsoft is still not getting it

Windows 10, the newest iteration of the series, was announced to be released in only one unified version, which should work on PCs, Laptops, Tablets and Smartphones thanks to universal apps. In spite of this, Microsofts announcement released earlier this week is now reporting 7 different versions of the operating system. Read more… 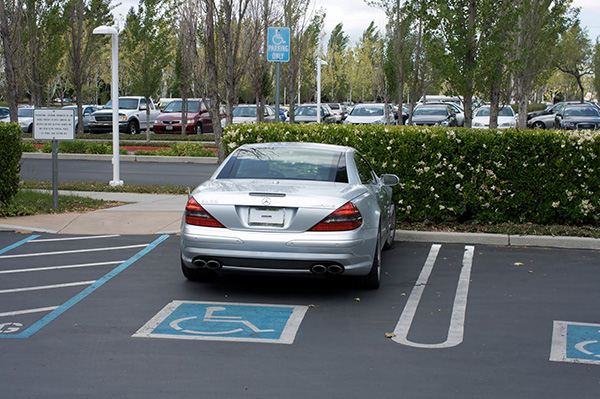 Steve Jobs is always a good source for legends. One of the lesser known ones ranks around his Mercedes SL 55 AMG, which he always parked on the frontmost handicapped parking spot on Apple Campus. This car never had a license plate on it, in spite of California traffic regulations clearly demanding one. How could Jobs drive around like this for years? Read more… 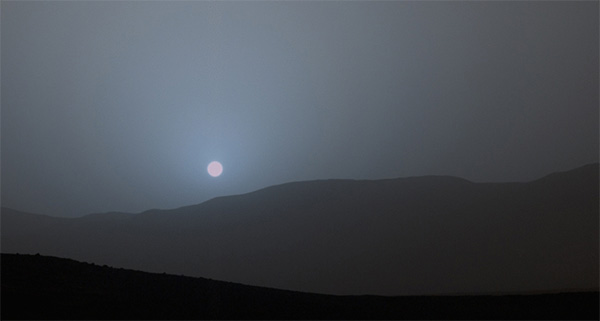 Curiosity Rover, the NASA exploration tool located on the surface of Mars, lately impressed by transmitting an exceptionally artistic picture back to earth: a sundown panorama on the red planet. You can find the full resolution version here. An animation of the scene is also available.The Curiosity Rover even has its own Twitter account and is frequently distributing news and pictures associated with the mission.
Photo: NASA, via Laughing Squid

Welcome to Geek Out

The popular German Apple Blog is now available in English

From today on you'll find all new articles, stories, reviews, tips and tricks right here – in English. Make sure to bookmark this page or subscribe to our RSS feed.
Do you like this site? We'd love to here from you. Have fun and enjoy! 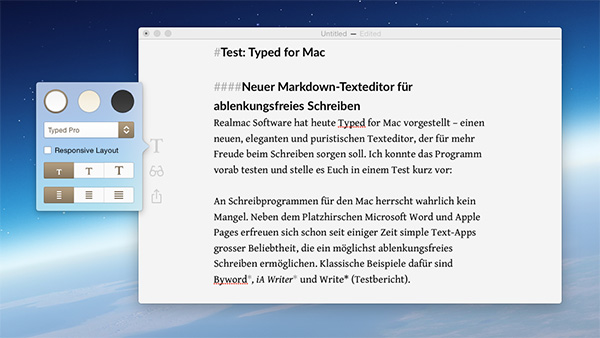 Realmac Software today released Typed for Mac: a new sleek and puristic text editor that sets out to reinstate the joy of writing. I was able to preview the app and am going to walk you through: Read more…

How to delete data from iCloud 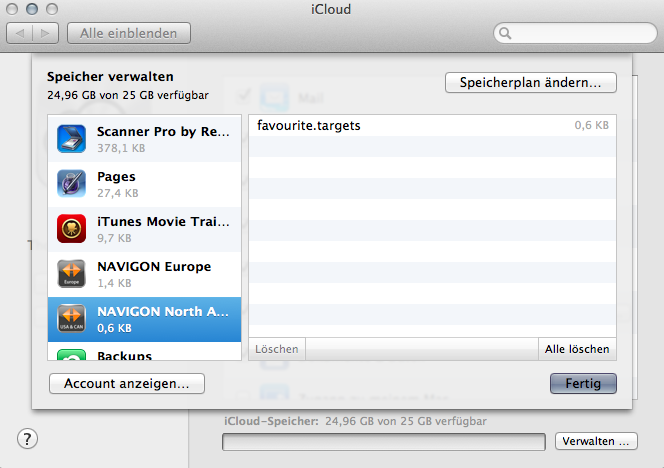 Tidying up the cloud – the right way

Some apps for iOS and OSX are saving their files directly to iCloud – which is really feasible, thereby also creating an external backup. Nevertheless (or: just because of this) it makes sense to review the data stored in the cloud from time to time and do some regular cleaning. The easiest way to accomplish this is via System Preferences on OSX- and it goes like this: Read more…